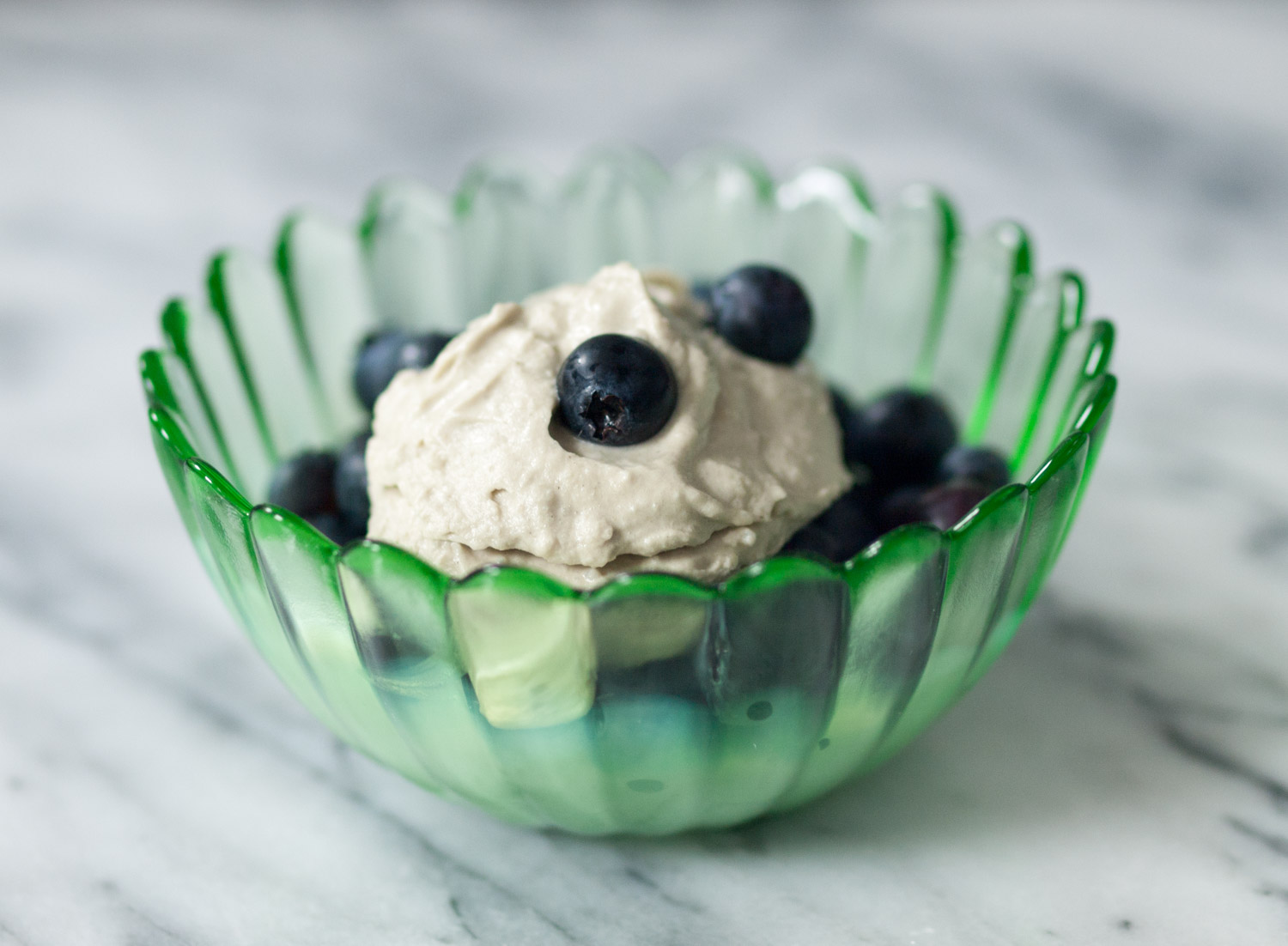 Maybe it’s because I indulged in an exquisite green tea macaron from Confectionery last week.  Or maybe it’s because right after that Phil and I got sucked into a documentary on the Japan channel (and now I want to go live in the Japanese countryside and farm heirloom rice and drink from natural spring waters and make my own miso with adorable, healthy food loving children).  Or maybe it’s because it’s summer and hot AF and I’m craving fresh, clean flavors.  Whatever the reason, I’ve had whipped matcha coconut cream on the brain.  I had originally intended to serve it with raspberries, but the blueberries at the market just looked so much better (and yes, they were cheaper). I still think this would be good with raspberries, and probably peaches as well, but I urge you to try it with blueberries.  The flavor combination is sublime.